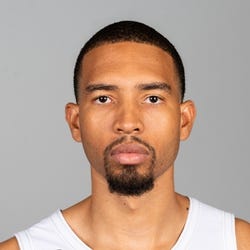 Eric Isaiah Mobley was born Sep. 24, 1999, in San Diego, California. He was a high school teammate of his younger brother, NBA start Evan Mobley, at Rancho Christian School in Temecula, California. As a freshman, the older Mobley averaged 16.2 points and 10.4 rebounds per game, sharing the CIF-SS Division 5A Player of the Year honors, as well as making The Press-Enterprise All-Area Second Team. He led his team to the CIF Division V Southern California Regional final after winning the CIF Southern Section Division 5A title. As a junior, Mobley was named The Press-Enterprise Player of the Year and made the USA Today All-USA California Second Team. He was also named to the MaxPreps Junior All-American Honorable Mention Team. As a senior, Mobley averaged 19.4 points, 13.6 rebounds and 3.8 assists and made the All-USA California First Team. He was also an honorable mention on the MaxPreps All-American and USA Today All-USA teams. Mobley played in the 2019 McDonald's All-American Game. He then committed to play college basketball for USC and was considered a consensus five-star recruit. As a freshman at USC, Mobley started eight of 31 appearances and averaged 6.2 points and 5.3 rebounds in 20.3 minutes per contest. He became a full-time starter as a sophomore and averaged 9.9 points, 7.3 rebounds and 1.6 assists per game. As a junior, he averaged 14.2 points, 8.3 rebounds and 3.3 assists in 34.1 minutes per contest. That led to Mobley being named to the All-Pac-12 First Team, and he also won The Wooden Legacy MVP. At the 2022 NBA Draft Combine, Mobley measured as 6-foot-8 without shoes and 238 pounds. He had a 7-foot-3 wingspan and a 32-inch maximum vertical leap. During the 2022 NBA Draft, Isaiah Mobley was drafted with the 49th pick by Cleveland Cavaliers and hopes to join his younger brother on the club roster.